WIRED: Self-Driving Shuttle Buses Might be the Future of Transportation 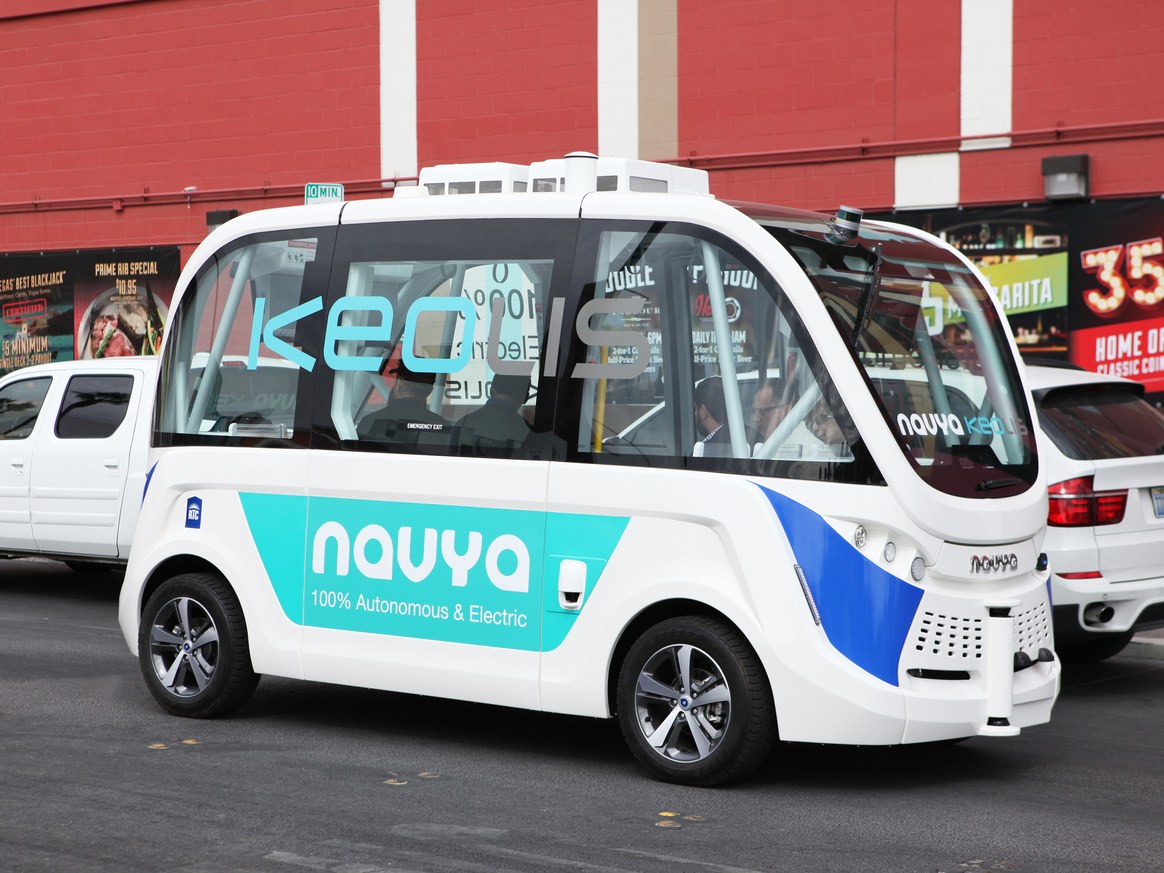 IN AMERICA, THE age of autonomous shuttles began with a crunch. A minor crunch, really, according to the people running the autonomous shuttle in question. On Wednesday, the multinational transportation company Keolis, French manufacturer Navya, and AAA launched the small driverless vehicle in Las Vegas. The electric vehicle had an attendant on board, to keep the peace, and carried eight people in a half-mile loop around the Fremont Street Entertainment District.

Then, just a few hours into service: crunch. According to representatives from Keolis and AAA, as well as a first-person account published in Digital Trends, the shuttle encountered a semi-truck backing out of an alleyway and stopped. It couldn’t back up, because there was a vehicle directly behind it. It’s programmed to be extra-conservative, so it just sat there as the truck slowly backed into it. (The shuttle could have honked, a Keolis representative said, but didn’t because the truck’s trailer moved in a way that the autonomous system did not anticipate.)

“It’s a perfect example of the human error that we’re trying to avoid,” says John Moreno, a spokesperson for AAA.

The service shut down for a few hours, but representatives for the pilot project said the shuttle was back on its route by Thursday, providing short trips to interested (but, perhaps, nervous) riders. “It’s a fun, short experience, similar to an attraction you’d ride at a theme park,” says Moreno. A nice fit for the car-dependent fantasyland that is Sin City.

But one day, autonomous shuttles might not be just another fun diversion. Maybe they aren’t as sexy as Waymo’s driverless cars, which are now running sans safety drivers in Arizona. Yet when it comes to getting humans from A to B, the larger capacity shuttle is where it is at.

The Las Vegas shuttle may be the first to hit public roads in the US, but Europe and Asia know all about these things. Navya shuttles have been scooting around Switzerland and Singapore since last fall. London’s Heathrow Airport has transported passengers in autonomous “pods” since 2011. The Australian Intellibus completed a three-month pilot last year.

In America, meanwhile, Navya started running self-driving shuttles on the University of Michigan campus this fall. Another company, TransDev, is gearing up to put its electric minibus on the streets of a planned community in Florida, while EasyMile showed off its own cute, bug-like vehicles on off-street trails in Arlington, Texas, this summer.1

The companies say these are great opportunities to get a cagey public interested in autonomous vehicles. They’re slow—Las Vegas’ pokes along at 15 mph—and can feel safer and more stable than a smaller passenger car.

READ THE FULL ARTICLE ON WIRED.COM