How public transit agencies can act on the bipartisan infrastructure deal

Metro Magazine: How Public Transit Agencies Can Act on the Bipartisan Infrastructure Bill 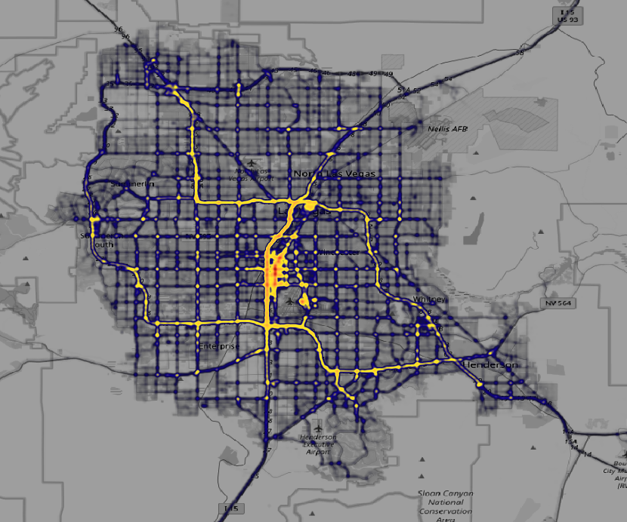 In part two of this series in Metro Magazine, Keolis’ David Scorey highlights the impact of the largest-ever single investment in public transportation in the U.S.

The passage of the federal infrastructure bill is giving our country its greatest opportunity in decades to fund a public transit renaissance. Billions have been approved for public transit modernization and electrification, making this the largest-ever single investment in public transportation in U.S. history. Coupled with the federal COVID-era stimulus cash, public transit agencies will finally have the power to fund the rides of the future.

Businesses like Keolis are already leading energy transition and network modernizations here and across the globe. However, uncertainty over long-term funding and revenue losses during the pandemic made it difficult for cities, states, and transit networks to kickstart large-scale improvements. Now, however, with federal infrastructure dollars in play, that funding can help agencies pursue efficient network redesigns, procure new rolling stock, and launch the greener transit options that will help mitigate the effects of the climate crisis.

Thanks to this investment in the future, Americans will have better transportation options. Options that are greener, have better access for the mobility-impaired, more affordable than car ownership and more reliable than today’s systems. All of this will work in concert to decrease the nation’s carbon footprint, increase mobility justice, and level up our country’s public transit systems to finally surpass other developed countries’ enviable networks. For example, paratransit services are less common in other countries where we operate because the primary modes are designed to be equitable for those with disabilities.

One of the biggest opportunities with the federal infrastructure dollars will be to pump it into projects that create economies of scale to reduce the long-term cost of transit investments and pass that savings on to riders.

Take solar or electric-powered buses. Faced with dire pollution challenges, China needed greener public transit options, so the country subsidized the purchase of 350,000 battery-electric buses (BEBs) in just four years. The move helped improve air quality in cities like Shenzhen, where buses made up 20 percent of the air pollution despite being just 0.5 percent of vehicles.

Critically, however, the giant investment also created an economy of scale that helped reduce prices of electric buses worldwide. The Bloomberg New Energy Finance estimates that if demand continues to rise with massive moves like China, battery costs could lower as soon as 2025 to 2027, pushing down the cost of electric buses to guarantee that there’s no barrier to choosing a cleaner alternative to diesel.

Similarly, the infrastructure cash can go towards procuring rolling stock — as has been promised by the Biden Administration and the U.S. Department of Transportation. Transit system staff can struggle with specifications for vehicle procurement. With manufacturers revving up the assembly line, systems may have greater opportunity to invest in newer rolling stock. Some networks could even benefit from joining on to other agencies’ orders to save money and shorten the timeline between RFP and revenue service for passengers.

Network design is another area that can be accelerated. Private operators have intimate understandings of the systems they operate. That insight can help agencies make strategic decisions about how to prioritize infrastructure spending. Transit systems are like living, breathing organisms — improvements to one area can have impacts to service or ridership in others. To offer an example, providing bus rapid transit with electric buses on one corridor can free up other, newer equipment to be used on other routes and improve reliability there. It’s a complex equation – also requiring things like reconfiguring maintenance cycles — but one we’re equipped to solve.

Beyond formula allocations in BIF, there are billions of additional dollars on the table for transit agencies. These are expected to be very competitive. Working with Keolis, agencies have the benefit of an operator that can help them win that money by seeing around corners with respect to the type of rolling stock, energy sources, and equipment specifications that deliver intended results. Coupled with its ability to talk to multiple manufacturers, Keolis can help put networks in the best possible position to fund their latest projects.

In the process of investing in the vehicles needed to create more affordable and carbon-efficient rides, agencies can use federal dollars to pursue network redesigns that improve mobility justice.

Federal infrastructure money has historically gone towards funding prize projects rather than rethinking existing lines to better fit the needs of those they are purported to serve. This can lead to mobility disparities that give wealthier, whiter communities better access to everything from jobs and grocery stores to parks and schools. For instance, in urban areas throughout the country, an average of 34% of Black people and 27% of Hispanic people use public transit daily, while just 14% of white populations do. But in Chicago, Black and Latino residents can get to just 58% of the jobs available to white residents within 45 minutes using only public transportation.

The pandemic has caused massive disruption to our various travel habits, whether they be for work or play. Agencies can and should use this moment and federal funding as an opportunity to better align routes, expansions and frequencies with these new demands.

Cities like Houston and Seattle are great models. Seattle has added nearly a quarter of a million jobs since 2007. But thanks to a model that focuses on more frequent rides, extended hours, express bus lanes, and smart connections, not only has ridership improved, but the number of commuters driving private vehicles has dropped by 10% since 2010. Just like induced demand on roadways (if you build more freeway, more people use it), we can induce more transit ridership by providing more transit.

Seattle also took other measures to make sure it doubled down on making buses the best option for its residents, rather than simply an option. Working with employers, the city and METRO offered public transit incentives to employees to increase ridership and revenue.

Critically, the city also raised taxes on car tab fees, and put the proceeds towards subsidized rides for low-income workers and more frequent bus routes. In 2015, just 25% of Seattle households were within a 10-minute walk of 10-minute or better transit service. By 2017, that number had jumped to 64%. The ensuing 8% ridership increase has come during a time when most of the country has seen only ridership decline.

Now, cities can get those proceeds without having to raise taxes. By taking advantage of the federal infrastructure money — through formula allocations or certain grants — agencies can rethink routes and create new passengers in the process. For example, with Keolis Evolve authorities can see these patterns and opportunities for improvement in their own service areas.

Taking advantage of the infrastructure funding will also be a way to bust the myth that public transit investments don’t pay off. When there’s a lack of funding towards public transit, people get frustrated with their options and turn to their cars. That, in turn, makes transit options even worse—buses get slower thanks to more competition with car traffic, and underutilized subway networks can’t afford the repairs or extended hours that will keep their service efficient and desirable.

The bipartisan federal infrastructure bill can help revitalize networks and avoid the transit death spiral — provided elected officials and transit agencies seize the moment and take bold action to transform their systems. In turn, municipalities and riders alike will see huge payoffs: lower carbon emissions, reduced inequities built into the fabric of our cities, and enhanced competitiveness with other developed economies.