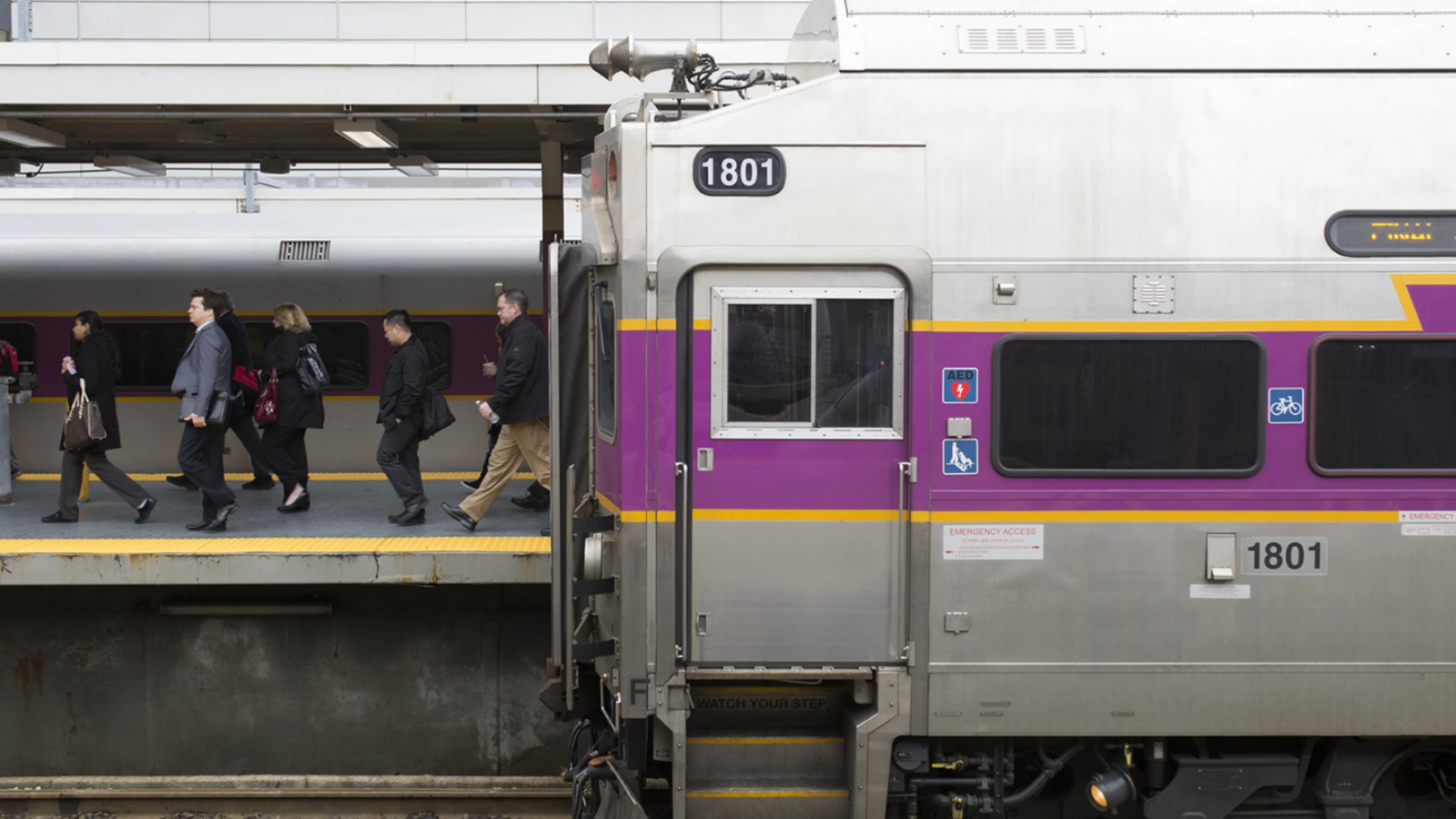 While the plunge in ridership has left some wondering if commuter rail is dying, others see a rare opportunity to reinvent the suburb-to-city service into something very different. Governing spoke industry experts including acting CEO of Keolis North America, David Scorey, about the importance of innovating transportation systems amid the COVID-19 pandemic. Read the complete article here.

Taking the ‘Commuter’ Out of America’s Rail Systems

When Garrett Wollman was considering his housing options in the greater Boston region back in 2001, the possibility of a carless commute beckoned. After all, the city has one of the best mass transit systems in the country, including an extensive regional rail network that ranges down to Providence, R.I., and up to beach towns like Gloucester and Manchester.

He picked a townhouse in downtown Framingham, a Boston suburb, a little over 20 miles from his job in Cambridge at the Massachusetts Institute of Technology, in part because it had a couple of Massachusetts Bay Transportation Authority (MBTA) regional rail stations within two miles of his front door.

In theory, it would take Wollman almost the same amount of time to drive to his job at MIT as it would to take mass transit. According to Google Maps, the trip by public transportation is a mere 10 minutes less by highway, so why not skip the hassle of traffic sometimes and ride the rail from Framingham?

In practice, Wollman has taken the commuter train precisely once in 20 years.

“It was the day my car was totaled in a crash on my inbound commute, about six weeks after I moved to Framingham,” says Wollman. “The combination of slow diesel trains and huge gaps in the schedule have made the MBTA’s offering especially unattractive to me. The fact that the commuter rail trip takes about twice as long as driving is a serious disincentive.”

That lengthy trip is made worse when factoring in the wait time between trains. As with many American commuter rail systems, the delay feels endless to the point of futility if you aren’t riding during the peak hours when most white-collar commuters are headed downtown. For Wollman, who punches in at 11 and out at 7, taking the commuter train turned out to be a near impossibility.

America’s regional rail lines haven’t always served a highly specific slice of the population. This mode of transit dates back to the first flush of the suburban exodus in the 19th and early 20th centuries, when private companies ran the rails and service was frequent throughout the day. As mass car ownership came into vogue, profit leaked out of that arrangement. A cash-strapped public sector pivoted to focusing the service on well-heeled commuters who had moved out of cities.

In recent decades, the vast web of rail lines that surround many older urban centers were only convenient if you worked a 9-to-5 job downtown. Fares were double or triple the cost of a bus ride, although many professional-class workers had them covered by monthly passes paid by their employers. Commuter rail was very expensive to those who couldn’t afford it, and often free for those who could. But even for those with higher-paid jobs, like Wollman, a schedule that even slightly deviates from the norm could make the system impractical.

There are not such sharp contrasts between regional rail and the rest of transit systems in most wealthy European or East Asian nations. But in North America, the divide was sacrosanct. As recently as 2016, then-MBTA General Manager Frank DePaola drew a bright line between this service and the rest of the agency’s subway, bus, and light rail services: “Commuter rail is commuter rail. It’s not transit. It’s designed to bring people into the city in the morning and take them home at night.”

The COVID-19 pandemic, however, calls that whole concept into doubt.

“I don’t want to say that COVID is an opportunity, but [we’re using this moment to look at] what needs to change and what can change in this new environment,” says David Scorey, head of the Boston branch of Keolis, a transportation company that runs mass transit systems across the world, including the MBTA’s commuter rail.

Like its North American counterparts, the MBTA’s commuter rail lines took a ridership hit of unprecedented magnitude when the pandemic engulfed the country. At its lowest, Scorey reports, only 4 percent of previous riders used the system. As the second wave receded in early 2021, ridership levels edged up to 8 to 9 percent of previous levels. By contrast, bus and subway lines saw their use plunge too, but mostly by three-quarters or one-half, not by consistently over 90 percent.

That’s because the principal regional rail riders are professional-class employees who have been able to work remotely through the pandemic. Now, even as the world begins to open up again, there is doubt that their commutes will look quite the same as they once did. Although only 8 percent of workers were remote before 2020, estimates by the freelancing platform Upwork are that between 20 to 25 percent of jobs could be in the next five years. That’s below the high water mark of the pandemic, but even those who go back to the office are anticipating that they will have more flexible scheduling and work-from-home opportunities a day or two a week.